Factory Reset Protection (FRP) is a security feature that prevents anyone from wiping and factory resetting the device if it is lost or stolen. FRP has started since Android Lollipop, and many companies that make our phones have adopted it in their own versions. This is a good thing because it makes using a stolen phone more difficult, which makes it less attractive to hackers, any security system that protects our data on the lost phone is a good thing.
With Motorola continuing to send security updates to its devices, it has become difficult to bypass or remove FRP protection, but today we have distinguished services at prices that suit everyone. Follow us. 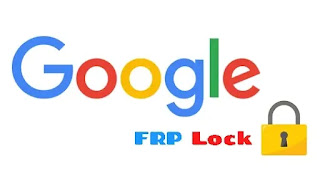 Requirements for successful completion of the service

1.Computer or laptop.
2.Install the latest version of the Motorola drivers.
3.Charging the device to 60% or more.
4.Using a usb cable is good for avoiding problems.

Service price and other details

Service price: Our prices suit everyone as the cost of the service is $..
Payment methods: Accept payment via Paypal or Payeer.
Time to complete the service: It will not exceed 10 minutes
How to request the service: You can request a FRP unlocking service for the Moto E5 PLUS by contacting us
Edit This Article
Tags FRP