How To Root Red Magic 5S 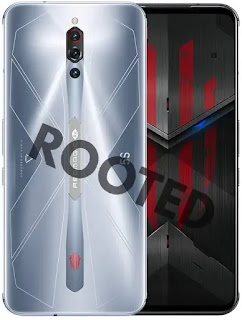 How To Root Red Magic 5S

6.It will not take more than a minute, then we go to the download folder, the magisk_patched file will appear, copy it to the pc.
7.We need to boot the device again into Fastboot Mode By typing the command: adb reboot bootloader.
8.Now move the magisk_patched file and the vbmeta file (From File) to the Minimal adb fastboot folder and open the command prompt.
9.We write: "fastboot flash boot magisk_patched(full file name).img" Then the file will start flashing.
10.Then we write: "fastboot flash vbmeta vbmeta.img".
11.From bootloader, reboot into your recovery and perform factory reset (wipe data) then reboot system.
12.The device will start booting, it will take 10 minutes, after which the device setup will start to appear.
13.Install the Magisk Manger app again.
14.You can check for root access through the root checker app.
15.You will see safetynet problem, you only have to follow the next article: How to fix SafetyNet in easy steps
Edit This Article
Tags Root