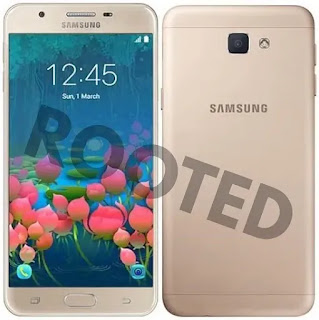 Root features:
1-Modify or delete files or applications of the operating system.
2-Run programs that require root permissions.
3-Change the basic fonts within the Android system.
4-Move applications from device memory to external memory.
5-Installation of Custom rom.
6-Fix errors DRK and DM-Verity.
Cons of the root:
1-Loss of phone warranty.
2-Some applications do not work due to root (bluestacks root / dr fone root).
3-Stand on the company logo as a result of misuse.
4-The operating system crashed due to deletion or modification of important system files.
important warning:

1-Download Drivers, Flash Tool and G610 Root files for Depending on your device version.
2-Install the drivers on your device.
3-Install the EFTSU Manager app on your Phone.
4-Download Root File.
5-Open the EFTSU Flash Tool.
6-From the top, click on Select File and then choose the root file.
7-Boot your device into download mode press and hold Home + Power + Volume Down buttons.
8-Press Flash to start.
9-After booting the device open EFTSU Manager app you need to reboot your device to get root permissions.
10-You can check for root access through the root checker app.
11-In case you encounter any problems please feel free to contact us
12-If you want to unroot or revert to the offical firmware, you can flash new firmware.
Edit This Article
Tags Root